Are Herbal Teas Actually Good For You? 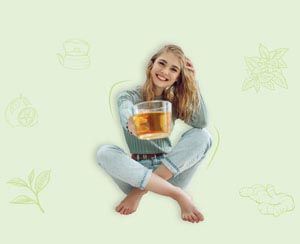 Teas and herbs are enriched in nutrients and medicinal properties and regular intake of tea have a long-lasting effect on health and wellness. The history of tea consumption dates back several thousand years.

Tea has a long and sweeping history. The word ‘tea’ originated from the Chinese word ‘cha’- a drink prepared from the green leaves of Camellia sinensis. Around 2000 years ago, people in China used various techniques such as physical pressure, heat, and time to extract in the water a wide variety of flavors, colors, and aromas from the tea leaves.

The Buddhist monks in Japan religiously consumed tea as it aided their long hours of study and meditation. They developed a formal tea ceremony- ‘tea meditation’ to celebrate the simplicity of tea preparation, an infusion of leaves in water.

Tea became highly popular in the Vietnamese royal court and the sophisticated tea was enjoyed by the king, mandarin, aristocracy, and noble lineage. Today, Vietnam is the fifth largest tea producer in the modern world.

Globally, millions of people from all walks of life begin their day with a brisk cup of hot tea. They rely on the soothing, relaxing nature of tea in the afternoon to smooth away the rough edges of the day. In tea-producing countries, the significance of food and tea is equal. From being an intellectual beverage to a common man’s everyday delight, tea is a way of life.

What are herbal teas?

Herbal tea is prepared as an infusion in hot or cold water to extract the nutrients and phytochemicals from roots, leaves, flowers, or stems. Herbal teas prepared from basil, ginger, cinnamon, bael, and turmeric are commonly consumed in various parts of India and Sri Lanka. People in Vietnam consume combinations of herbal teas daily for enhanced health benefits. Herbal tea is enriched in nutrients and is celebrated as a therapeutic vehicle.

How safe is herbal tea?

An increase in fluoride levels is a significant safety concern related to black, green, and herbal tea consumption and highlights the need for robust quality assurance and standards. Also, an area of concern is the growing availability of adulterated herbs and spices with dyes and bulking agents, with individuals motivated by the economic advantages of participating in a billion-dollar industry. Not all commercially available herbal teas are good for your health. Several fancy herbal tea products may contain chemicals that may harm your health. The tea lattes sold at cafes and fancy tea outlets are loaded with added sugar and synthetic flavors, which may impact your immunity and overall wellbeing.

Read more about this in ‘Increase immunity the healthy way’

Medicinal herbal teas and their properties

The traditional Ayurvedic system of medicine describes holy basil or 'tulsi' (Ocimum sanctum) as the ‘queen of herbs’ owing to its diverse medicinal properties. Holy basil is widely known to improve immune response and prevents disease and infections. It has a rich reserve of compounds with antioxidant and anti-inflammatory potential, such as eugenol and flavonoids. Extensive research has demonstrated that intake of holy basil improves blood sugar levels, LDL or bad cholesterol, and triglycerides levels. Consume this herb on an empty stomach to boost immunity, as validated by the increase in proliferation of immune cells such as T lymphocytes and Natural killer cells.

Add 5-10 leaves of holy basil in boiling water along with some ginger and honey. You can also complement it with a fusion of flavors such as lemon, cinnamon, sweet rose, and lemongrass.

Curcumin is the primary active compound in turmeric, with therapeutic properties. Curcumin is an anti-inflammatory, anti-microbial, and anti-thrombotic substance. Studies have also confirmed that turmeric is loaded with antioxidants, strengthening our immune system to fight against infections.

Boil 4 cups of water. Put 1-2 teaspoons of ground or grated turmeric and half a teaspoon of grated ginger in a separate teapot. Allow it to infuse for a few mins. Add a pinch of orange zest or some lemon juice to enhance flavor. Strain into cups and sweeten with honey if you like. Lemon juice and honey only enhance the flavor of turmeric tea but also add essential vitamins and plant nutrients.

Cinnamon, derived from the bark of a tree, has been one of the most preferred culinary spices and folk remedies for centuries. Its medicinal use dates back to the third millennium BC in China, ancient Egypt, and medieval Europe.

These species differ based on the levels of main constituents, which include cinnamaldehyde, cinnamic acid, coumarin, eugenol, and polyphenol polymers.
Cinnamon is added to beverages, desserts, liqueurs, teas, chicken and lamb dishes, and various bakery items.

Cinnamon supplements have received recent attention for their usefulness in treating high blood glucose and lipid levels and other symptoms of metabolic syndrome.

Traditional medicine, as well as modern research from different parts of the world, have demonstrated health benefits of cinnamon, such as relief of gastrointestinal distress, blood glucose, serum cholesterol, arthritis, high blood pressure (BP), dermatitis, toothache, and colds; for improving menstrual irregularities; and for wound healing.

Cinnamon Tea is highly soothing with a peculiar savory flavor and warm aroma. Boil cinnamon powder with water and let it infuse for a few minutes until the concoction becomes deep brown. Add honey, milk, or ginger to complement its sweet flavor. A cup of cinnamon tea contains minimal calories but plenty of antioxidants to improve immunity and fend off infections. It prevents the spread of the common cold, oral infections, and bad breath.

Artichoke tea is very famous in Vietnam and is usually prepared from flowers or stems of artichoke complemented with other herbs such as chamomile, jasmine, lotus flower, and ginger. In Vietnam, tea is believed to be therapeutic. Artichoke tea is known to promote weight loss and benefits liver functions and the immune system. The bag brews up light and slightly on the sweet side.

Chamomile is a centuries-old herb, and chamomile tea is one of the world's most popular herbal teas. Teabags of chamomile are also available in the market, containing chamomile flower powder, either pure or blended with other popular medicinal herbs. Chamomile is a rich reserve of antioxidants and offers tremendous health benefits. Chamomile tea relaxes your mind, improves sleep, protects against bacterial and viral infections, and provides comfort during common colds and flu.

Prepare chamomile tea by infusing dried chamomile flowers or commercial chamomile tea bags in boiling water for a few minutes. Once it's cooled down, sip the infusion slowly. Chamomile and peppermint are the basis of some of the most popular herbal teas, with the anti-inflammatory and anti-mutagenic responses to chamomile and relaxation effects of peppermint oil on the gastrointestinal tract being characterized.

The ultimate African herb that grows exclusively in South Africa has won many hearts worldwide over the last few decades. This tea is often described as one of the healthiest herbal beverages in the world. Rooibos herbal tea is traditionally known for its medicinal uses as it contains a unique blend of compounds, such as aspalathin, luteolin, quercetin, and many more. Research has shown that Rooibos tea has anti-hypertensive, anti-inflammatory, antioxidant, anti-diabetic, anti-viral, and cardioprotective effects.

Boil water and allow rooibos tea to brew. If you desire robust flavor, then infuse a little longer. As per reports, allowing the tea to infuse for more than 10 minutes promotes an ideal antioxidant-rich brew.

You can never get enough tea! So, simply add a variety of herbs to your morning cup of herbal tea such as tulsi, Brahmi, lemongrass, moringa, ashwagandha, giloy, and infuse your day with energy and health benefits.

7 Soups That Can Alleviate Period Pain 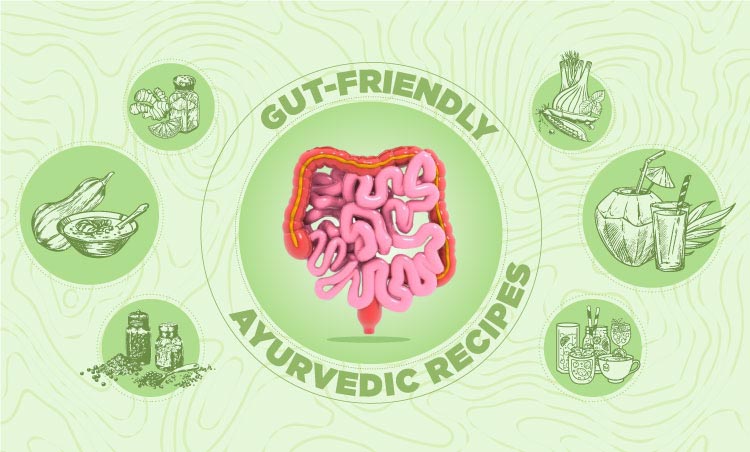 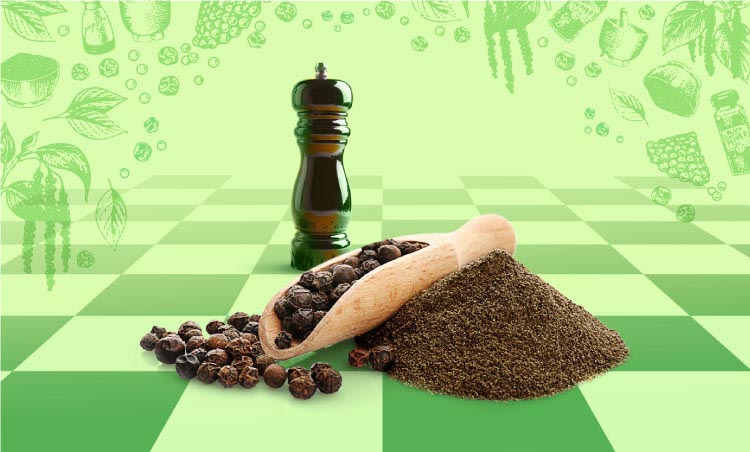 Why Is Pepper Good For Your Digestive Health? 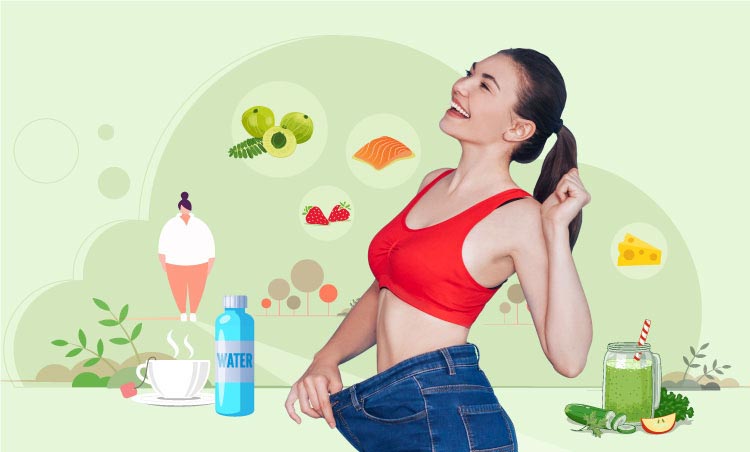 Lose Your Belly Fat With These Diet Foods