Plant-based Diets, The Gut Microbiome & Colorectal Cancer: What You Need To Know 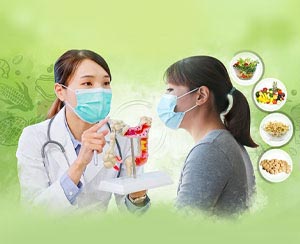 Hollywood actor Chadwick Boseman’s unfortunate death due to colorectal cancer (commonly known as colon cancer) in 2020 highlighted the alarming number of young individuals in their 30s who are losing their lives to this form of cancer.

Sample this. According to the World Health Organization, colorectal cancer is the second most prevalent cancer among men and women since 2018. In Asia alone, 2.3 million people have been known to be affected by colon cancer and a staggering 53,000 individuals lose their life to it in the United States every year.

While Colorectal cancer was regarded as a disease of the late age, the number of younger people getting diagnosed with it has only shot up over the past twenty years. Addressing this issue at the recently held Asian Plant-Based Nutrition Healthcare Conference, Dr. Alan Desmond, an eminent gastroenterologist from South Devon, delved into the primary reasons that could lead to this form of cancer and advocated how the use of plant-based nutrition can be helpful in preventing it.

Any chronic disease should be tackled in its nascent stages. After all, prevention is better than cure, and Dr. Desmond tells you exactly how to do that. Read on to find out:

Today, about one in 23 men and one in 25 women are at risk of developing Colon cancer in the United States, with a reported 53,000 deaths every year. It has also been observed that the number of colon cancer cases is significantly higher in the West than in other countries. Living in countries like the UK and USA which have a higher development index (HDI) reveals higher chances of getting Colon cancer, the reason being none other than their diet.

“If you live in a country that has embraced the standard Western diet, your risk of developing bowel cancer may be up to 10 times higher than if you lived in a different country. Areas like South Asia, Oceanian, and Central Asia, show a low risk of developing bowel cancer is relatively low. Some of the highest risk areas in the world include Australasia and the high-income Asia Pacific,” Dr. Desmond explained.

Most western diets are high in red meat, eggs, chicken, cheese, and dairy with little to no amount of green leafy vegetables and fruits. This deprives the body of many important nutrients and fibers that it needs to stay healthy. “I am from the UK and can definitely vouch for the fact that the diet here is anything but healthy. An average person in the UK is said to consume 200 eggs per year. A traditional British-cooked breakfast contains sausage, pudding, eggs, and processed white bread with some extra animal fat smeared across the top. We know that this is an invitation to developing colorectal cancer,” Dr. Desmond pointed out.

Most red meats are carcinogenic, which means that they are likely to cause cancer. According to the World Health Organization and the International Agency for Research and Cancer looked, meats like bacon, sausages, hotdogs, and salami are class one carcinogens. They have also classified red meat like beef, lamb, and pork to be carcinogenic, containing a class 2A carcinogen, which is likely to cause colorectal cancer in humans.

Now, the implications of meat consumption would be easier to comprehend if one was to get a clear picture of how it affects the body internally. In doing that, Dr. Desmond threw light on what is known as the gut microbiome.

“Our gut microbiome has been described as a control center for human biology and it predominantly resides in the colon. The food that we eat plays a crucial role in determining the composition of our gut microbiome and the bacteria that flourish within it every day. So, if we are consuming a standard western meal comprising red meat and processed animal fat, our digestive system will absorb whatever little nutrients it derives off it. Our small intestine will then get the fuel it needs from those foods and the residue that doesn’t get digested is delivered to the colon.”

This is where the deterioration begins. “The gut microbiome then begins to feast on this residue and produce post-biotic substances like secondary bile acids, ammonia, and hydrogen sulfide gas which have inflammatory and carcinogenic effects on the lining of the bowel and colon epithelial cells. This causes barrier dysfunction, epithelial proliferation, DNA damage, and genotoxicity. So, in short, we have produced a gut microbial environment that is conducive to chronic inflammation and colorectal cancer,” he adds.

“Moreover, the nitrates and nitrites that naturally occur in meats are known to cause inflammation, and DNA damage, and induce pre-cancerous changes in the lining of the large bowel. This can easily be avoided by creating a healthy microbial environment and that can be achieved by following a plant-based diet. When we are consuming legumes, whole grains, and fruits, we’re providing the body a lot of fiber and other nutrients to work with,” Dr. Desmond elaborated.

“The digestive system extracts the amino acids and the nutrients, the phytonutrients and the minerals. The food then enters our bloodstream and the residue which is delivered to the large bowel, the home of the gut microbiome, is completely different. We now have a lot of indigestible fiber in the residue. We don't have any residual animal protein. There may be some plant protein there, but no animal protein. And we have far fewer bile acids because we haven't eaten all that animal fat and dairy that needs all of that bile to emulsify it and allow it to be absorbed,” continued Dr. Desmond.

This residue feeds a completely different gut microbial population. Those bacteria begin to thrive and become predominant. They produce post-biotic substances like short-chain fatty acids, vitamins, and antioxidants which result in a healthy gut microbial environment, avoiding the risks of colon cancer.

An ideal diet as put forward by the EAT-Lancet Commission back in 2019, the Planetary Health Plate is a healthy whole food, plant-based diet, half of which is composed of fruits and vegetables, the remainder comes from whole grains, plant-based sources of protein, and nutrients. Meat and dairy may be consumed in smaller quantities and are regarded as optional.

Hence, to help your microbial environment prosper, Dr. Desmond recommends including lots of fruits, vegetables, and legumes in your diet. “Legumes, are great sources of dietary protein, vitamin E, vitamin B, selenium and have cancer-preventative effects on your body.”

Countries with a higher vegetable intake are known to have a 52% lesser risk of bowel cancer. “Make edamame, soya beans, tofu, and cruciferous vegetables an essential part of your diet. Three meta-analyses published from 2014 to 2017, including studies from the US, Europe, and Japan, show that colorectal cancer is less likely to be found in regular consumers of soybeans, reducing their risk by as much as 27%.”

He also suggests fulfilling your body’s calcium requirements through plant-based options like beans, dates, and other greens rather than milk. The Nurses' Health Study saw that more than 700 milligrams of calcium consumed per day is beneficial to your health, reducing one's risk of colorectal cancer by up to 35%. “However, this doesn’t need you to consume dairy. Stick to a plant-based lifestyle,” he says.

One of the most commonly asked questions pertains to alcohol consumption and its role in developing colon cancer. Yes, alcohol use increases the risk of colorectal cancer. Nine meta-analyses of observational studies completed over 15 years reveal that merely one beverage per day increases the risk by up to 13%. “This is no surprise as alcohol is carcinogenic in nature evidence goes on to show that the risks caused by it are magnified among males,” Dr. Desmond observed.

There are several studies to prove the benefits of leading a lifestyle that’s free of alcohol and meat. Since vegetarians, vegans, or people that follow a plant-based lifestyle secrete more short-chain fatty acids than meat-eaters, they end up protecting their intestinal barrier, regulating the immune system, and controlling their appetite and blood sugar. They are better at suppressing the growth of colorectal cancers because they produce more butyrate that causes cancerous cells and polyps to pop before they can develop into cancer.

Dr. Desmond also highlighted a couple of case studies that make a case for plant-based living and its myriad advantages to your health:

A study took 20 healthy middle-aged individuals from Pittsburgh, America, and 20 people from KwaZulu, South Africa. When examined and tested, it was found that the risk of colorectal cancer in African Americans was about one in 15 in their lifetime. Whereas in KwaZulu, it was difficult to find it even if we were to go looking for it. Moreover, 45% of African Americans already had pre-cancerous bowel polyps in their body but not a single pre-cancerous bowel polyp was discovered in the African population.

This was nothing but a result of their varying dietary patterns where the African Americans had reportedly been consuming sausage, pancakes, roast beef, and mash but the Africans ate mangoes, kales, spinach, and red peppers, onions, and corn fritters.

To conduct more detailed research, the two groups were asked to swap their diets for merely 2 weeks and take a gut microbial analysis again The Americans now had a gut microbial environment that wasn’t conducive to chronic inflammation or colorectal cancer. On the other hand, the rural Africans had managed to take their previously incredibly low-risk profile and flip it to a high colorectal cancer risk one.

A case-control study in Greece compared colorectal cancer risk among people eating a traditional Mediterranean diet which was high in vegetables and low in meat, versus individuals who had embraced the standard Western diet with increasing incomes in Greece in the '70s and '80s and had now shifted to a high-meat, low-vegetable and a low-fiber diet. The study revealed that the risk of colorectal cancer among the latter had increased by a factor of eight as compared to the previous group.

Dr. Alan Desmond leads a Gastroenterology clinic in Torbay, South Devon. He actively promotes a Whole Food Plant-Based Diet and advises dietary treatment for many chronic digestive disorders. Dr. Desmond was an invited speaker at the UK’s first medical conference on the benefits of a whole-food plant-based diet, delivering a talk on the dietary treatment of Crohn’s disease to a sold-out audience at King’s College Hospital, London.

Green Health Digestive Health
Did you like our Article? 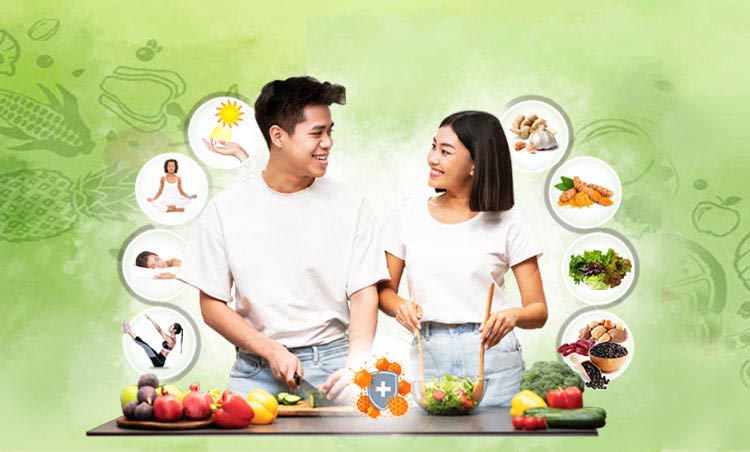 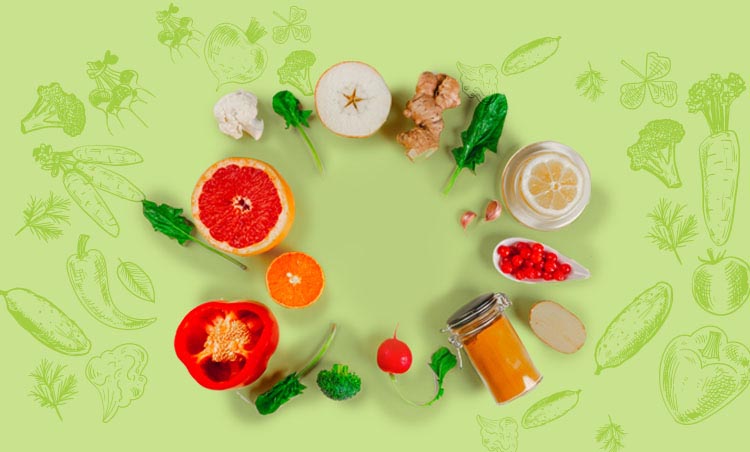 Super Immunity: What Dr. Fuhrman Has To Say! 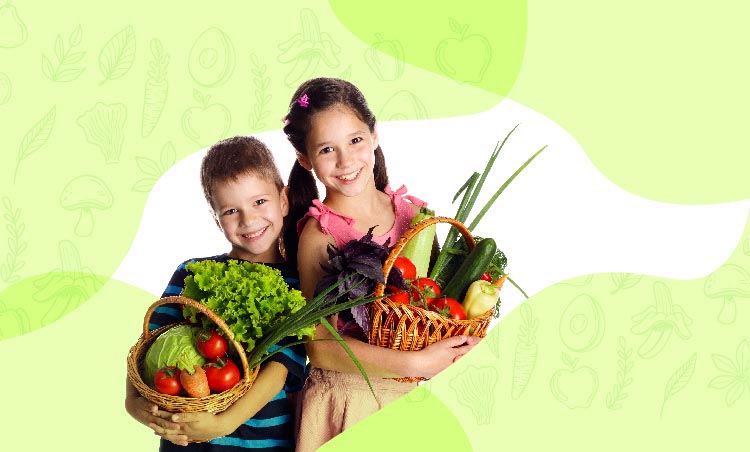 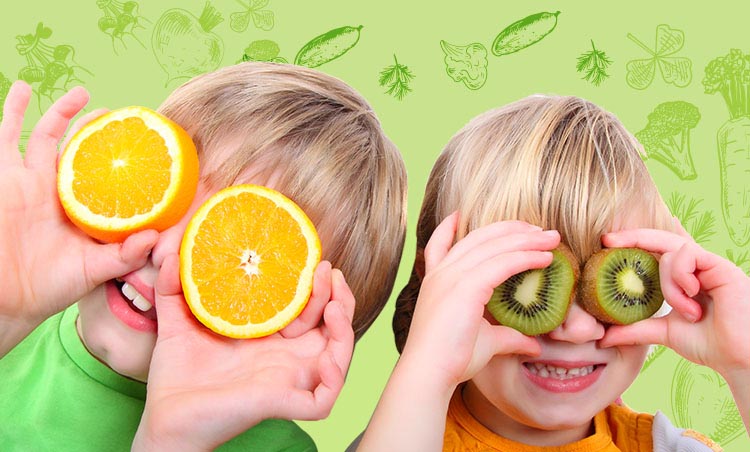 Feeding Plant-Based Food To Children Will Help Save Water