When you think about improving your heart health, food and exercise probably are the first things that come to your mind. Sleep is just as crucial for your heart's health, even though many people treat it like a luxury, and not a necessity. It is important to know that sleep and heart health are intricately connected.

Just like we need to eat a low-fat diet to control our cholesterol levels and maintain heart health, getting good, restful sleep health is also important for your overall well-being. We all know the crucial role of a healthy heart in our overall health and wellbeing. Responsible for pumping blood throughout the body, the heart powers the circulatory system that ensures that all the organs and tissues in the body get the oxygen that they need.

Unfortunately, heart problems are a leading cause of illness and death in the world. While it's already well-known that factors like poor diet, limited exercise, and smoking can harm the heart, there's a growing recognition of the dangers of sleep deprivation on heart health.

Sleep provides time for the body to restore and recharge, playing a key role in nearly all aspects of physical health. For the cardiovascular system, insufficient or fragmented sleep can contribute to problems like high blood pressure and increase the risk of heart disease, heart attacks, diabetes, and stroke.

As a result, getting good sleep may help prevent damage to the cardiovascular system.

What Sleep Conditions Can Hurt My Heart Health

Sleep apnea happens when your airway gets blocked repeatedly during sleep, causing you to stop breathing for short amounts of time. Sleep apnea can be caused by certain health problems, such as obesity and heart failure.

Sleep apnea affects how much oxygen your body gets while you sleep and increases the risk for many health problems, including high blood pressure, heart attack, and stroke. Insomnia refers to trouble falling sleep, staying asleep, or both.

As many as 1 in 2 adults experiences short-term insomnia at some point, and 1 in 10 may have long-lasting insomnia. Insomnia is linked to high blood pressure and heart disease. Over time, poor sleep can also lead to unhealthy habits that can hurt your heart, including higher stress levels, less motivation to be physically active, and unhealthy food choices.

Substantial evidence demonstrates that sleeping problems, including sleep deprivation and fragmented sleep, have negative effects on heart health. During the non-rapid eye movement (NREM) sleep stages, the heart rate slows down, blood pressure drops, and breathing stabilizes. These changes reduce the stress on the heart, allowing it to recover from the strain that occurs during waking hours.

Without sufficient nightly sleep, a person doesn't spend enough time in the deep stages of NREM sleep that benefit the heart; same is the case for people who experience sleep with frequent interruptions.

During normal, healthy sleep, blood pressure drops by around 10-20%. This is known as nocturnal dipping, and research highlights its role in cardiovascular health.

Poor sleep, whether because of lack of sleep or sleep disruptions, is associated with non-dipping, of blood pressure, meaning that a person's blood pressure doesn't reduce at night. Studies have found that elevated night time blood pressure is tied to overall hypertension (high blood pressure).

In fact, nocturnal blood pressure has been found to be even more predictive of heart problems than high blood pressure during the day. Non-dipping has been tied to an increased risk of stroke and heart attack. It's also been linked to kidney problems and reduced blood flow to the brain.

Raised daytime blood pressure has been identified as a consequence of sleep deprivation in multiple studies, but it is not a rampant occurrence. The link between lack of sleep and high blood pressure is the strongest in middle-aged adults. People who work long hours in high-stress jobs and people with other risk factors for hypertension are more likely to have high blood pressure after chronic poor sleep.

Coronary heart disease is the leading cause of death in the world. Also known as coronary artery disease, it happens when plaque builds up in the arteries, hardening and narrowing them in a condition known as atherosclerosis. This reduces the ability of the heart to get enough blood and oxygen.

The impact of sleep deprivation on coronary heart disease is also believed to be influenced by sleep's effects on blood pressure. Hypertension strains the arteries, making them less effective at bringing blood to the heart and as a result contributing to heart disease.

Heart failure is when the heart doesn't pump enough blood to supply the body with the blood and oxygen that it needs to function properly. An observational study of over 400,000 people found strong associations between sleeping problems and heart failure.

In that study, people who slept less than seven hours per night had an elevated risk of heart failure. Heart failure was also more common in people who had other indicators of unhealthy sleep including insomnia symptoms, daytime sleepiness, snoring, and being a night owl with the tendency to stay up late. More the occurrence of these signs of unhealthy sleep in a person, higher is their likelihood of experiencing a heart failure.

Sleep deprivation heightens the risk of heart attacks. In one study, people sleeping less than six hours per night had a 20% higher chance of a heart attack. While the NREM sleep stage helps the heart slow down and recover, REM sleep involves heightened stress and activity. Insufficient sleep can throw off the balance of these stages, increasing the risk of a heart attack.

Sleep interruptions have also been linked to the potential for heart attacks. Because both heart rate and blood pressure can abruptly spike upon awakening, frequent sleep disruptions can cause cardiac stress and may induce a heart attack.

A stroke is when blood flow to the brain is cut off, causing brain cells to die from lack of oxygen. Ischemic strokes occur when a blood clot or plaque blocks an artery. A transient ischemic attack (TIA), also referred to as a mini-stroke, involves only a short-term blockage.

In research studies, lack of sleep has been correlated with a greater likelihood of having a stroke. Sleep deprivation increases blood pressure, and high blood pressure is considered to be the leading risk factor for strokes. In addition, by contributing to plaque build-up in the arteries, insufficient sleep may make it easier for blockages to occur and cause mini-strokes or strokes.

An analysis of existing research found that lack of sleep is correlated with obesity. People who sleep less than seven hours per night are more likely to have a higher body mass index (BMI) or be obese. Sleep helps regulate the hormones that control hunger, and lack of sleep or sleep disturbances can trigger overeating and boost the desire for high-calorie foods.

Type 2 diabetes is a chronic condition in which the level of blood sugar, also known as blood glucose, is too high due to the body's inability to process sugar properly. Excess blood glucose damages blood vessels, negatively affecting cardiovascular health. People with diabetes are twice as likely to die from heart disease or stroke as people without this condition.

Many factors affect blood sugar levels, but studies have found that lack of sleep worsens glucose metabolism. Poor sleep is associated with pre-diabetes, a type of glucose intolerance that does not meet the parameters for diabetes. People already diagnosed with diabetes who get insufficient or restless sleep may have a hard time managing their blood sugar levels. Impaired sleep may also worsen the hardening of arteries in people with type 2 diabetes.

In normal sleep, the heart rate drops during the NREM sleep stages and then picks up as you prepare to wake up.

Poor sleep, including abruptly waking up in the night, can induce a sharp increase in the heart rate. Research has also found that people with sleeping problems are more likely to complain of irregular heartbeat. For these reasons, lack of sleep is probably linked to heart palpitations.

In addition, a study in older adults found that people who have frequent nightmares were considerably more likely to report having an irregular heartbeat. Nightmares may increase the heart rate, and if a person's sleep is disturbed by a nightmare, they may wake up feeling like their heart is racing.

Chest pain can occur for many reasons. Angina is chest pain related to poor flow of blood through blood vessels. Non-cardiac chest pain, such as heartburn or a muscle injury, is not related to a heart problem.

When sleep is interrupted, a quick surge in heart rate and blood pressure can cause angina, and studies have detected a correlation between sleep deprivation and chest pain.

Non-cardiac chest pain can be tied to sleep as well. People with heartburn and acid reflux often suffer from sleep disruptions, which may increase the risk of experiencing an overlap between poor sleep and pain in the chest.

Multiple studies have also found an association between unexplained chest pain and poor sleep. People with recurrent, unexplained chest pain have incidence of insomnia-like symptoms. While this connection isn't fully understood, it may be related to stress and anxiety, including panic responses, which are emotional reactions more common in people experiencing poor sleep.

What Other Health Conditions are Linked to Lack of Sleep 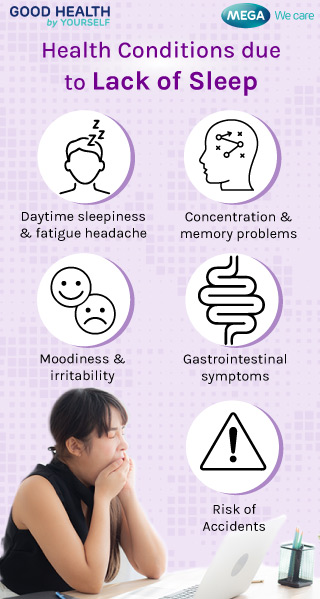 Sleep is important for both physical and mental health. Even in the short term, poor sleep can contribute to:

Insufficient sleep has been linked to the development of certain health concerns that increase the risk of heart disease, heart attack, and stroke, as per the CDC. Some of these are:

What Can I Do to Get Better Sleep 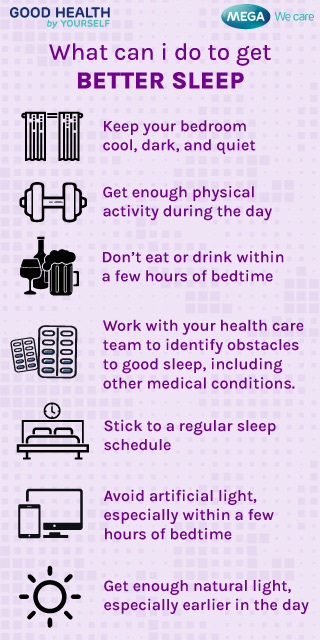 There's a strong connection between mental health, sleep and overall physical health, specifically sleep and heart health. Lack of enough sleep, good quality because of sleeping disorders can increase the risk of acquiring heart ailments in the long-term.

Good sleep hygiene and regular, restful sleep combined with the right diet and lifestyle can reduce the risk of heart diseases. This, in turn, may lead to a better outlook and more energy - the very best kind of feedback loop.

Dr Sintayehu Abebe is a Consultant Internist and Interventional Cardiologist at the Addis Ababa University. The young and energetic Dr Abebe who is always keen on learning new things is also President of the Ethiopian Society of Cardiac Professionals (ESCP).

The Basics Of Sleep: Stages and Benefits