The Basics Of Sleep: Stages and Benefits 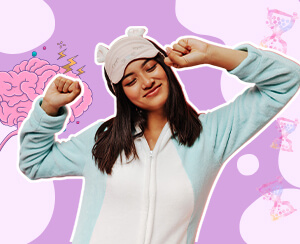 Prior to the 1950s, most people believed that sleep was a passive activity during which the body and brain were dormant. But it turns out that sleep is a period during which the brain is engaged in a number of activities necessary to life—which are closely linked to the quality of life.

What Happens In The Brain During Sleep?

Brain chemicals are very involved in our sleep cycle. Neurotransmitters are chemicals that help the nerves communicate. They control whether we’re awake or asleep, depending on which neurons (nerve cells) they’re acting on: 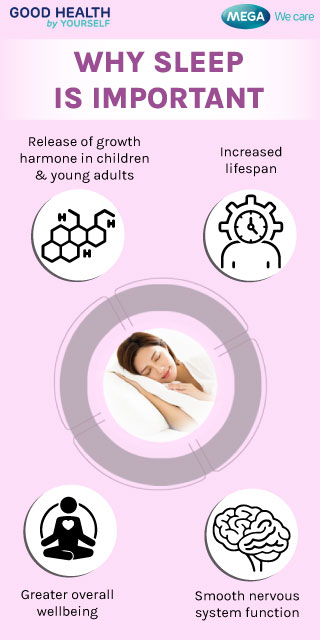 Sleep helps us in many ways and thus we need it for:

The Stages Of Sleep

When a person is sleeping, his brain goes through natural cycles of activity. Throughout sleep, our brain will cycle repeatedly through two different types of sleep: REM (rapid-eye movement) sleep and non-REM sleep.

Non-REM sleep happens first and includes three stages. The last two stage of non-REM sleep is when you sleep deeply. It’s hard to wake up from this stage of sleep.

REM sleep happens about an hour to an hour and a half after falling asleep. REM sleep is when you tend to have vivid dreams.

A full sleep cycle takes about 90 to 110 minutes. First REM period is short. As the night goes on, you will have longer duration of REM sleep and less of deep sleep.

What is Non-REM sleep? 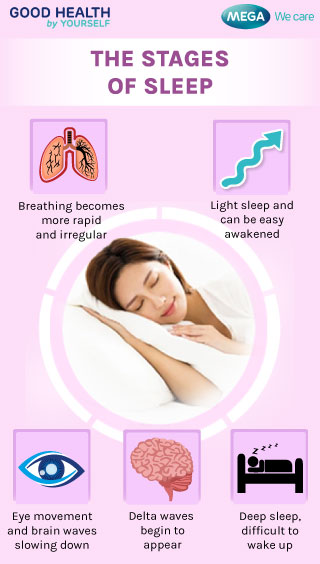 This stage of light sleeping lasts for five to 10 minutes.

What happens during non-REM sleep?

What is REM sleep?

In REM sleep, brain activity increases again, meaning sleep is not as deep. The activity levels are like when you’re awake. That’s why REM sleep is the stage where a person gets intense dreams.

At the same time, major muscles (such as arms and legs) can’t move. In effect, they become temporarily paralyzed.

Usually, REM sleep arrives about an hour and a half after you go to sleep. The first REM period lasts about 10 minutes. Each REM stage that follows gets longer and longer.

The amount of REM sleep you experience changes as you age. The percentage of REM sleep is highest during infancy and early childhood. Whereas, it declines during adolescence. There is further decline as you get older.

What else happens to the body in REM sleep?

Besides increased brain activity and muscle relaxation, body goes through a series of changes during REM sleep. These changes include:

There are two main processes that regulate sleep: circadian rhythms and sleep drive.

Circadian rhythms are controlled by a biological clock located in the brain. One key function of this clock is responding to light cues, ramping up production of the hormone melatonin at night, then switching it off when it senses light. People with total blindness often have trouble sleeping because they are unable to detect and respond to these light cues.

Sleep drive also plays a key role: Your body craves sleep, much like it hungers for food. Throughout the day, your desire for sleep builds, and when it reaches a certain point, you need to sleep. A major difference between sleep and hunger: Your body can’t force you to eat when you’re hungry, but when you’re tired, it can put you to sleep, even if you’re in a meeting or behind the wheel of a car. When you’re exhausted, your body is even able to engage in microsleep episodes of one or two seconds while your eyes are open. Napping for more than 30 minutes later in the day can throw off your night’s sleep by decreasing your body’s sleep drive.

How Genes Affect Your Sleep Clock

A similar sleep gene exists in both humans and mice. Scientists continue to study this gene in hopes of understanding more about how processes within our cells affect our to sleep.

How To Maintain A Healthy Sleep Cycle 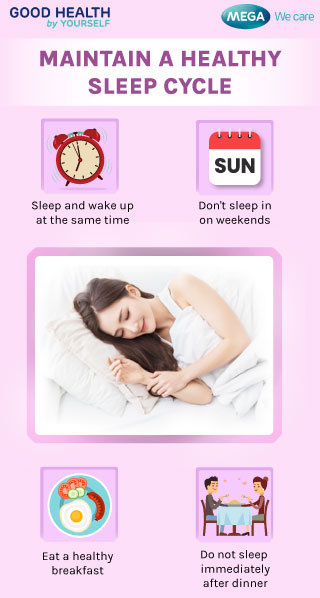 Getting in sync with your body’s natural sleep-wake cycle, or circadian rhythm, is one of the most important strategies for sleeping better. If you keep a regular sleep-wake schedule, you’ll feel much more refreshed and energized than if you sleep the same number of hours at different times, even if you only alter your sleep schedule by an hour or two.

Try to go to sleep and get up at the same time every day This helps set your body’s internal clock and optimizes the quality of your sleep. Choose a bed time when you normally feel tired, so that you don’t toss and turn. If you’re getting enough sleep, you should wake up naturally without an alarm. If you need an alarm clock, you may need an earlier bedtime.

Avoid sleeping in even on weekends The more your weekend/weekday sleep schedules differ, the worse the jetlag-like symptoms you’ll experience. If you need to make up for a late night, opt for a daytime nap rather than sleeping in. This allows you to pay off your sleep debt without disturbing your natural sleep-wake rhythm.

Be smart about napping While napping is a good way to make up for lost sleep, if you have trouble falling asleep or staying asleep at night, napping can make things worse. Limit naps to 15 to 20 minutes in the early afternoon.

Start the day with a healthy breakfast Among lots of other health benefits, eating a balanced breakfast can help sync up your biological clock by letting your body know that it’s time to wake up and get going. Skipping breakfast, on the other hand, can delay your blood sugar rhythms, lower your energy, and increase your stress, factors that may disrupt sleep.

Fight after-dinner drowsiness If you get sleepy way before your bedtime, get off the couch and do something mildly stimulating, such as washing the dishes, calling a friend, or getting clothes ready for the next day. If you give in to the drowsiness, you may wake up later in the night and have trouble getting back to sleep.

Benefits Of A Healthy Sleep Cycle

1. Easier to sleep: When you were a child, your body probably had its own sleeping schedule for you to stick to every night. Then as you got older and got busier with real life, you soon forgot what your natural body clock was.

This would result in you having trouble sleeping at night. To eliminate common minor sleep problems, make sure you have a comfortable sleep environment, a healthful balance of nutrition and exercise, and frequently engage in relaxing activities before bedtime.

Even if it's your day off or it's the weekend, your body will remember what time you should go to bed and what time shall you wake up. This way, you won't have any problems getting a good night's sleep at all.

3. Better stress levels and mood booster: When you have a sleep schedule, you won't have any trouble getting enough sleep at night. By the time you wake up, you will feel recharged and well-rested in the morning, thus getting you into a good mood.

Ensure that when you're stressed at work, don't bring it with you in your bedroom. Instead, do some relaxing activities such as yoga, reading a book, or taking a hot shower, so that stress won't disrupt your sleeping schedule.

4. Reduce the risk of heart diseases, stroke, and cancer: Studies have shown that people who don't get enough sleep are at a greater risk of heart diseases, stroke, and an even higher risk of cancer. Some of the systems that may be affected by sleep in ways that result in cancer risk include the brain, the production and regulation of hormones, the immune system, metabolism, and body weight.

Sleep may affect how cells function, adjusting their environment, or the signals that affect how they grow. Thus, it's best if you take your sleep schedule seriously to prevent fatal illnesses. If you think you've poor sleep hygiene and are experiencing symptoms of a disease, it's best to opt for an MRI scanning and a general body scan and detect any diseases at an early stage.

When you have a healthy sleep schedule, you won’t suffer from these disorders and may put yourself in the best position to sleep peacefully at night.

6. Avoid the risk of obesity: It has been proven that people who have a short sleep duration tend to gain weight faster than those who get adequate sleep every night. Hence, it would result in obesity. If you're trying to lose weight, you must get quality sleep and stick to your sleep schedule. Aside from that, it's also known that people who get inadequate sleep tend to consume more calories.

This increase in calorie-intake may be due to increased appetite and unhealthy food choices. However, it may also only be from an increased time spent awake and the availability to eat. This is particularly true when the time awake is spent being inactive, like watching television and consuming snacks after dinner.

7. Maximize brain functions: Sleep is also vital for several aspects of your brain function. This includes your concentration, productivity, memory, cognition, and performance. Frequently depriving yourself of sleep will negatively affect all of the mentioned functions. Research also discovered that short sleep could negatively impact brain function aspects to the same degree as alcohol intoxication does.

Moreover, a healthy sleep schedule can improve your memory and optimize problem-solving skills. Whereas getting insufficient sleep can only impair your brain functions.

As you get older, you sleep more lightly and get less deep sleep. Aging is also linked to shorter time spans of sleep, although studies show that you still need as much sleep as when you were younger. Few benefits of a healthy sleep cycle are decreased stress levels, reduced risk of obesity, sleep disorders & improved health. 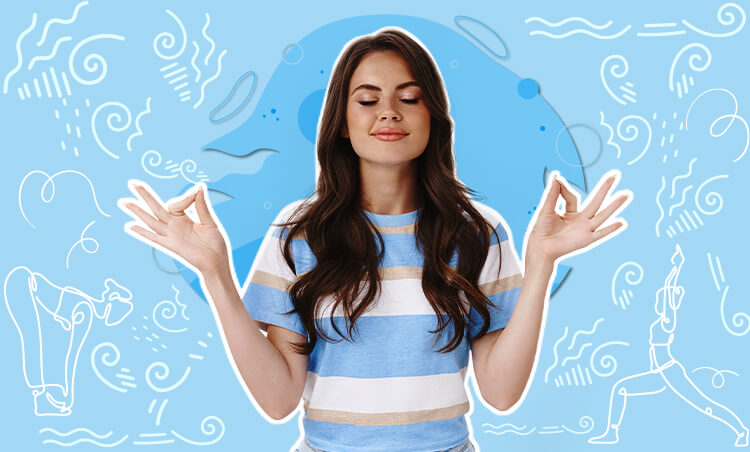 Did You Know There’s A Close Link Between Sleep Deprivation And Obesity? 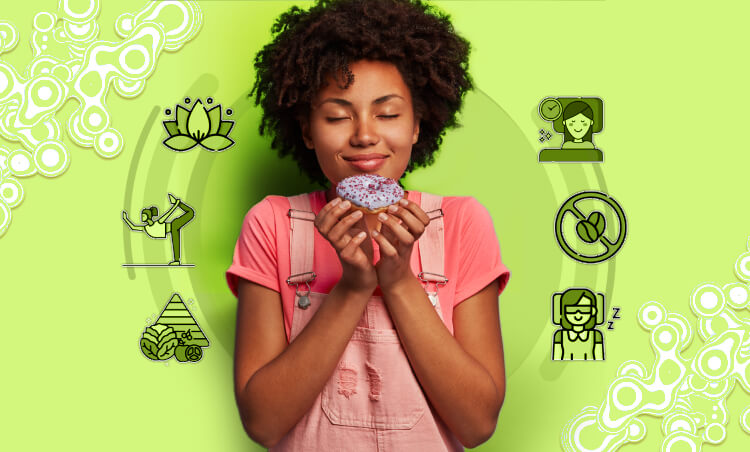